A stage is the highest and most delicate part of any show, so installing a giant LED screen on it means that it will be much easier for all the attendees to see what is going on the stage, even for those are in the corner of the stage.

LED screens made for stages have to be designed following some rules: they have to be light and fast in order to install and dismantle.
•     Light: This type of screens are used continuously in multiple events and conferences, so it is a priority to make these screens light and easy to handle and store, in order to transport easily.
•    Easy assembly and disassembly
•    These screens are designed so that assembly is fast and easily, without using any other tools to put them together. The mechanism of each panel can join multiple modules with a simple click, creating a single screen once they are attached together. Utilize several Large LED Screens for stage to deliver sharpest images at widest angle so that the audience can enjoy a clear and vivid effects even when not even sit in front of the screen.
LED screen for stage is using DIP technology to deliver high contrast for a higher brightness, event with direct sunlight.
LED screens for stages are different from the rest of LED screens because they are fixed in sizes, so it is impossible to customize the size of their frames or cabins; since these are built with aluminum molds of 500x500mm or 500x1000mm. By joining these cabinets, it is possible to create a LED screen in any size.

IMAGE AND VIDEO BROADCASTING FOR A LED SCREEN LED screens for stage broadcast images with high resolution regardless their size. They also can broadcast live video signals, video cameras, computers, televisions… In order to broadcast all
Led screens offers several front-screen video processors, that allow you to select a specific video input and apply effects and image or color corrections if necessary, to offer the highest quality in the broadcast of live content for stage screens.
To sum up, LED screen for stage is exceptional choice for any event visual solutions. Just choose your best options with us to wow audience and get the best response. 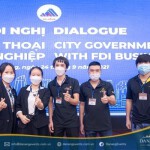 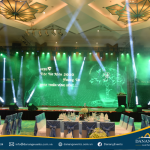 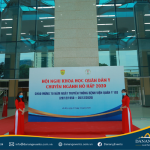 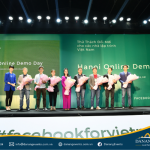 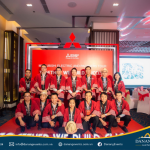 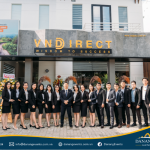 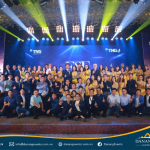 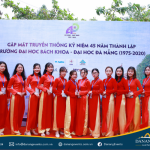